Dennis and his Trousers

This is Dennis Lingwood, the founder of the Triratana Buddhist Community/FWBO. As a young man he transformed into Dharmapriya, Sangharakshita and finally Urgyen. At one point he gave himself the title Venerable Maha Sthavira. We at Triratna News think his Mum got it right: Dennis comes from the Greek Dionysus, an amoral god of ecstasy and abandon. 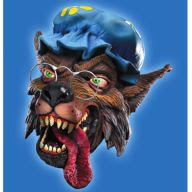 Dennis has always had trouble keeping his trousers up – or his robe fastened – but only in 4 minute bursts. His young male disciples have perversely not always appreciated his passions. For Dennis, his serial homogamy was spiritual, even Tantric. Others have been less sure of his motives.

Below is the recent resignation letter of Prasannasiddhi, posted at http://www.triratnabuddhist.blogspot.com/:

Dear Dhammarati and Order Members,
For the past five years I have had a decreasing amount of contact with people in the FWBO/WBO. I have been exploring other perspectives on life and I have also been receiving counselling. I am now in a place where I no longer consider myself to be a Buddhist or a member of the Western Buddhist Order. So I am writing this to inform you of my resignation from the Western Buddhist Order, as well as to explain the reasons behind my resignation.

There are several things about Buddhism and the F/WBO that I am no longer comfortable with. In particular, I am not happy with the predominant Buddhist and FWBO attitudes towards intimate sexual relationships and families. I understand the predominant Buddhist / FWBO view on sexual relationships and families to be that they are a hindrance to spiritual development, because sexuality belongs to the kamaloka, and Buddhism wants us on “higher planes” of consciousness. I no longer want to split off such a natural and fundamental aspect of myself as my sexuality and attraction towards women in the way that Buddhism encourages. I do not want to be making love with my partner with the thought in my head that “sex is not spiritual, so this is not really good for me!”. I have also come to value the dynamic between a man and a woman in relationship as a powerful tool for my own human growth. For me now, sexuality and my relationship with my female partner is central to my life, and not something to be placed “on the edge of my mandala”. I also have no desire in any way to view my son as a “fetter”, as the Pali Canon suggests that the Buddha regarded, and named, his son.

Also, from the perspective I now have, looking back on the sexual relationship I had with Sangharakshita 27 years ago, I feel deeply unhappy. Firstly, having read the interview posted on his website a few months ago entitled “Conversations with Bhante, August 2009” I feel angry and disappointed at what I perceive to be a lack of honesty on his part towards me regarding his sexual preference. I believed, at the time that I was involved with him, that we were both making a sacrifice “giving up our natural attraction towards women for the sake of the Dharma”. I believed that, in doing this, I was doing what he had done before me many years ago. I also received encouragement from him to make this sacrifice. At no time in the 6 or so years that I was close to him did he tell me that his sexual preference was for males. His memoirs, which I thought were an honest account of his life, also didn’t convey his preference. Now I discover that what for me was a sacrifice, was for him a preference, and I have a sense of disgust and of being used. From my side, I consider that I wasn’t free to be able to make my own choice regarding my behaviour in this important area of my life, because I didn’t have all the facts available to me.

I also believe that he was misusing the natural power and authority of his position as a spiritual teacher, and the love and devotion engendered in me in relation to him in that position, to meet his needs for sex and intimacy in a way that was unskilful.

Counsellors that I have seen, including a counsellor from Survivors UK, consider that the above equates to a form of sexual abuse. This has been something that has been difficult for me to come to terms with, as I have felt a lot of love towards Sangharakshita, and I have also received a lot of support from him over the years, emotionally and financially. Also, he never acted towards me in what I think of as a “classically abusive” way, i.e. deliberately inflicting pain on me against my wishes. I imagine that in his own mind he had positive intentions towards me, and believed he was helping me in my spiritual growth. To make sense of his behaviour for myself, I go back to what I perceive to be the basic stance of Buddhism, that of splitting off spirituality and sexuality and making the former good and the latter bad. And I believe that what we split off from ourselves and disown comes back to us in less conscious and less wholesome ways. Thus my sense is that he rationalised meeting his sexual and intimacy needs with young men in the F/WBO, as being an aspect of spiritual friendship, containing elements of “Greek love”.

Finally, my acting on Sangharakshita’s advice not to live with my son and his mother, when she became pregnant with him 19 years ago, has led to a lot of pain and complication for myself, my son, his mother, as well as her current husband and my current partner, and the extended families of us all. At the time I acted on that advice, 19 years ago, I was too deeply immersed in FWBO and Buddhist ideology to act in any other way. In hindsight I regret acting on this advice.

For the above reasons in particular, I no longer wish to practice Buddhism, to be a part of the F/WBO, or to have Sangharakshita as my spiritual teacher. So I give notice of my resignation. I have no need for this resignation to be formally “accepted” - for me it stands, regardless of what any spiritual teachers I formally had think about it. At last I am taking my power back into my own hands.

I have now made a life for myself outside the FWBO, with my partner, with friendships, challenges, opportunities for emotional and spiritual growth, and to give to others. I no longer wish to be called Prasannasiddhi.

Triratna News
This is the unofficial news site of the Triratna Buddhist Community (what used to be the FWBO). We aim to present the stories behind the stories, the laundry that hasn't been washed. We will go for the jugular, but with humour. If you have your own story, let us know at rime108 (at) hotmail.com. Anonymity guaranteed.